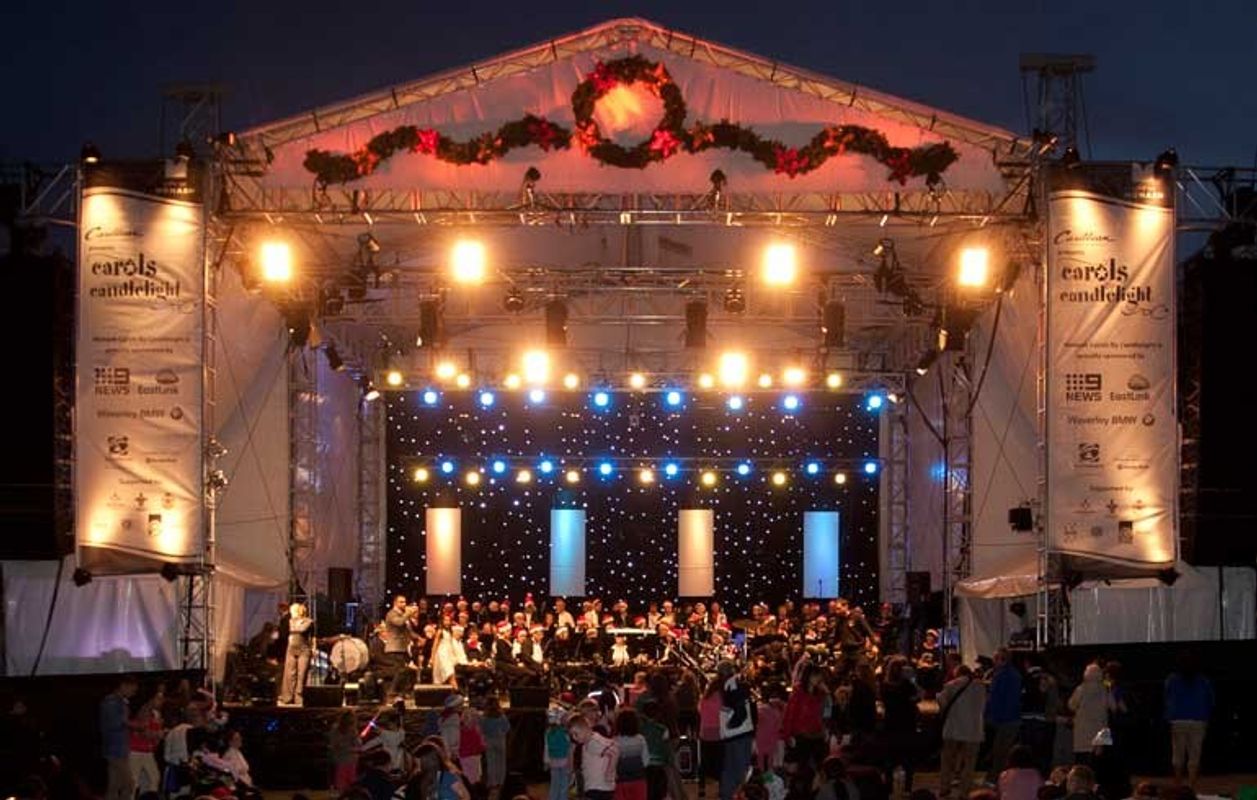 Bring your friends and family along to Monash Carols by Candlelight 2016!

Ho ho ho! It’s our favourite time of the year!

Warm up your vocal chords and start jingling those sleigh bells: the 28th annual Monash Carols by Candlelight is just around the corner. Pack a picnic rug and head down to Jells Park on Sunday 11 December to celebrate the festive season!

The event kicks off at 4pm with the Tinsel Town celebrations featuring free children’s activities including Scouts Australia adventures, face painting, a jumping castle and Santa’s Reindeer. There is also an opportunity to have your free photo with Santa!

The pre-show entertainment features local Bethany Fisher and her dancers performing a Christmas show from 7.15pm.

The feature act Urban Praise will bring a rich blend of R&B, soul and gospel with some of Melbourne’s most talented performers from many cultures and churches. It’s the second year Urban Praise have featured at the carols and they were so popular last year we had to get them back!

There will be a special appearance by Santa and Channel 9's Pete Smith will once again compare the evening's celebrations.

This fantastic community event will end with a spectacular fireworks finale at 10pm.

We look forward to seeing you there!