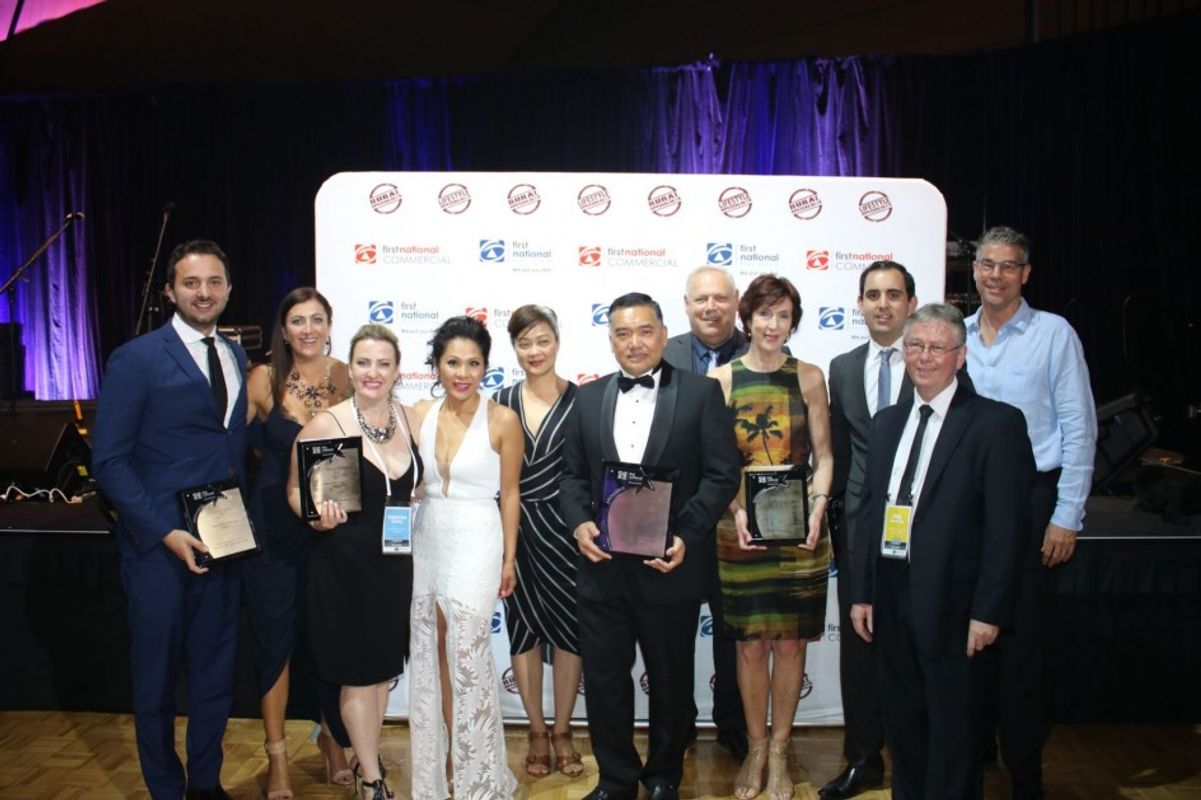 First National Real Estate’s top national performers were presented with their General Excellence and Marketing Awards at the Cairns Convention Centre on Thursday 19 May. The awards dinner was part of First National Real Estate’s joint Australian and New Zealand Convention, which has attracted more than 350 delegates from Australia, New Zealand and the South Pacific.

“The network, however, focused on a national campaign of professional development to assure consistently high performance in all states and territories. It achieved record attendances and the General Excellence and Marketing Awards represent recognition of our staffs’ and members’ dedication to excellence.”

Jessica Chea receiving The Salesperson of The Year award

Thomas Som said the First National General Excellence and Marketing Awards are an important event as they present an opportunity for the network’s membership to come together and celebrate outstanding achievements, and to learn about the systems and processes that enabled colleagues to deliver award winning outcomes for customers.